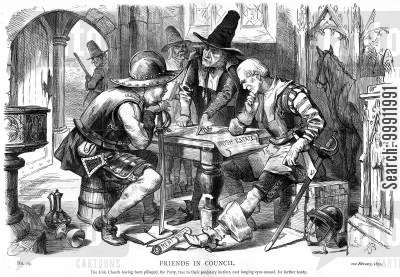 'The Conservative Government having been defeated, Mr. Disraeli continued to hold office, in order that the business of the Session might not be interrupted by a General Election.' 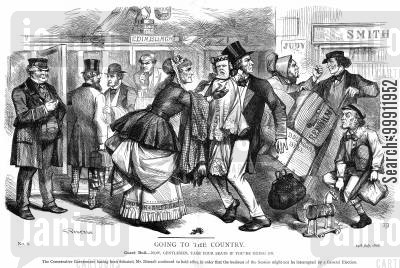 The disestablishment of the Irish Church 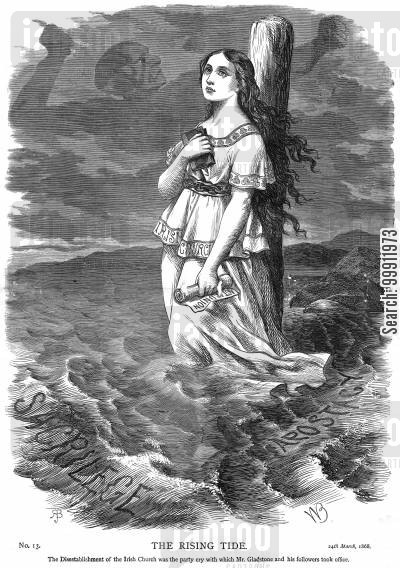 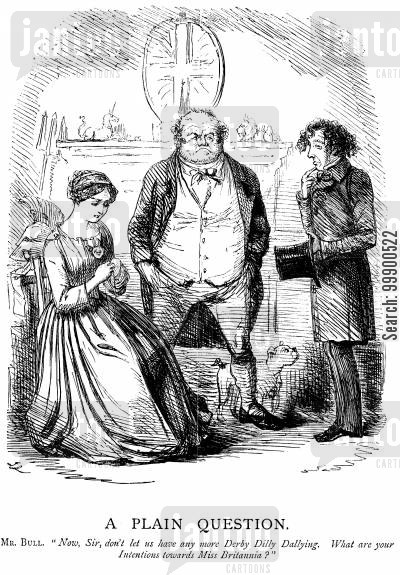 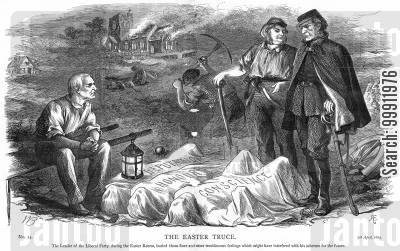 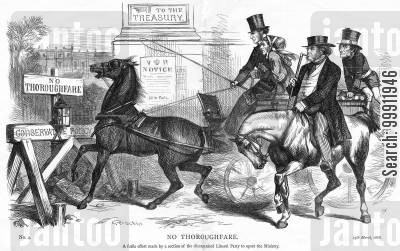 Gladstone discarding previous supporters because of thier 'advanced Liberal' views 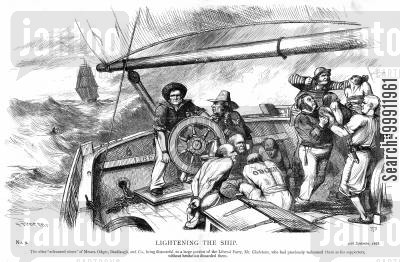 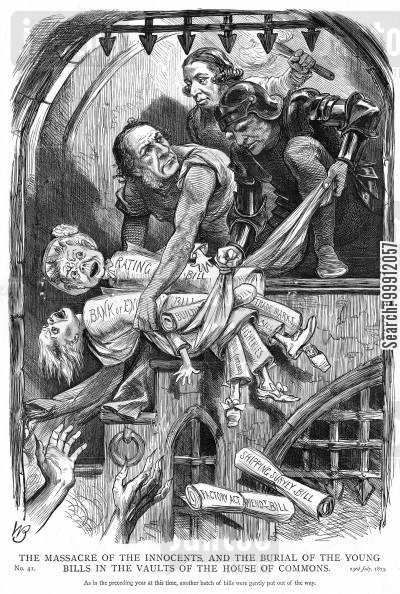 The Conservative Party attempting to save the Church from the Liberals 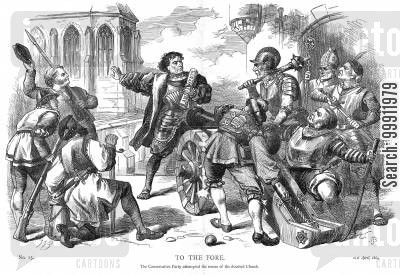 The Jugglers - Gladstone and Liberals 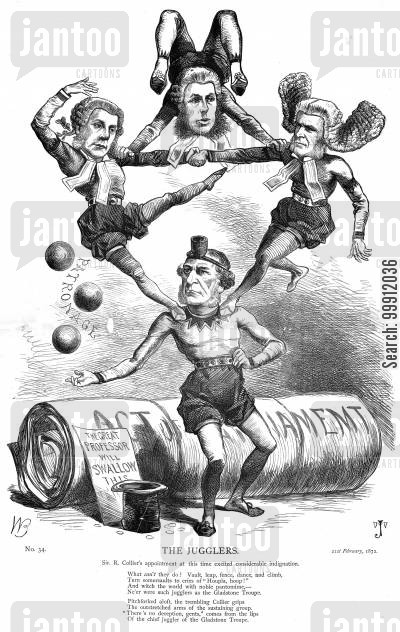 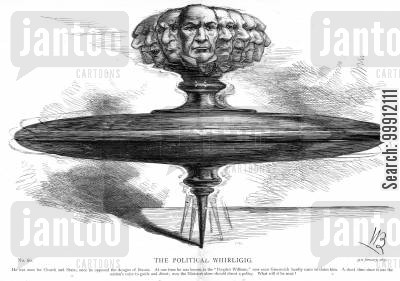